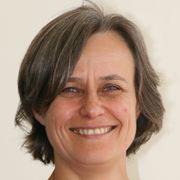 Diana completed her first degree at Manchester University with joint honours in economics and sociology. After working as a public sector economist with the Forestry Commision (1983-6) and the Monopolies and Mergers Commission (1986-8), she completed a MSc in Economics at Birkbeck College (University of London). Diana joined the International Institute for Environment and Development (IIED) in London in 1989 to work in a multi-disciplinary team working within the Human Settlements Programme. Development has remained the major focus on her work since that date with a particular interest in issues related to towns and cities in the Global South. In 1996, she worked part time for the London School of Economics to set up a Masters in NGO Management. In 1999-2000, she worked with the Peoples Dialogue on Land and Shelter in South Africa. From 2001, she has worked part-time at IDPM, whilst continuing with a senior research post at IIED. She has served as director and chair of the UK Charity Homeless International, and has also been a trustee for Practical Action (formerly Intermediate Technology Development Group) and a member of the Programme and Policy Committee of WaterAid. At present she is a trustee for the Urban Poor Fund (Netherlands). Diana continues to work closely with two networks of Southern citizen networks and NGOs, Shack/Slum Dwellers International and the Asian Coalition for Housing Rights.

She has worked on the case of Namibia for more than a decade, in partnership with the Shackdwellers Federation of Namibia and the Namibia Housing Action Group.

Web at University of Manchester: http://www.manchester.ac.uk/research/Diana.mitlin/